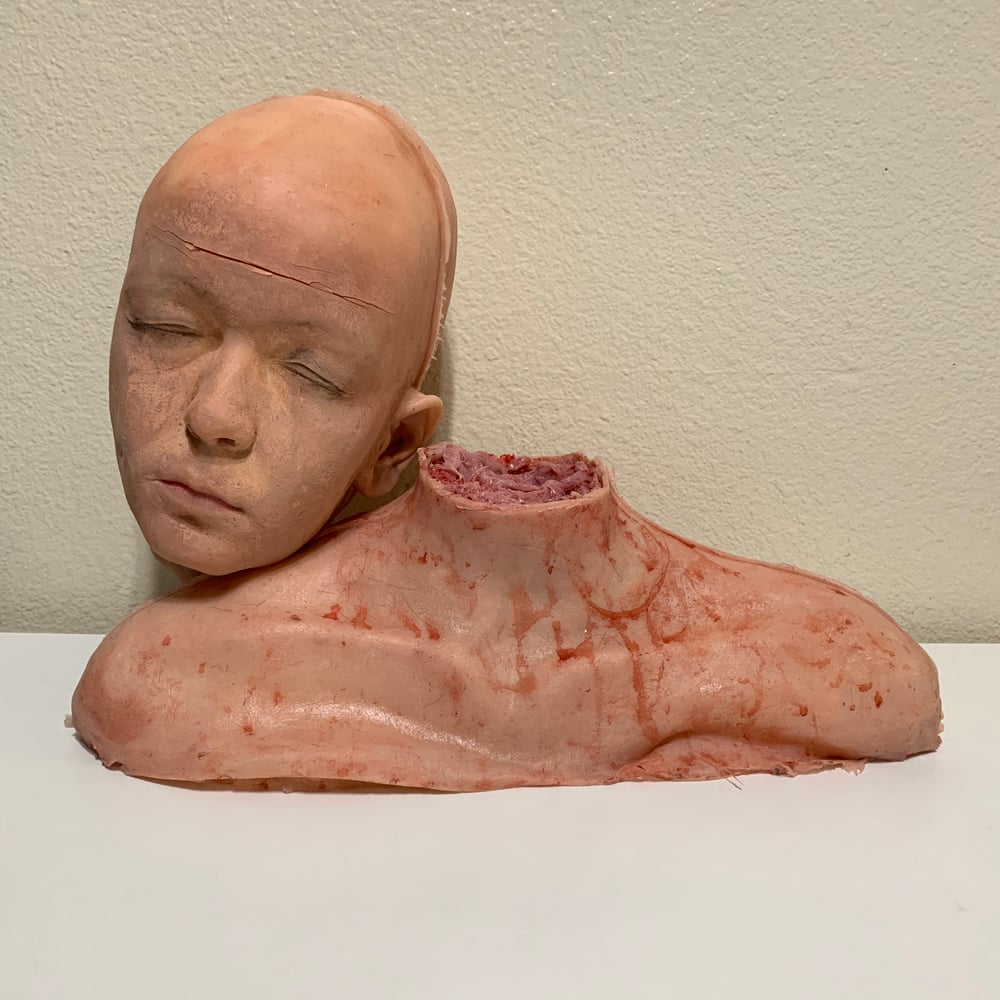 This is the screen used head prop of actress Felicia Fisher featured in the film Barf Bunny. Two heads were made for the picture. One for the decapitation effect, and another for the brain removal effect. This is the head prop used for the decapitation effect. This prop was crafted by special fx artists Marcus Koch and Jessie Seitz. Will be shipped with a certificate of authenticity signed by director Jonathan Doe.