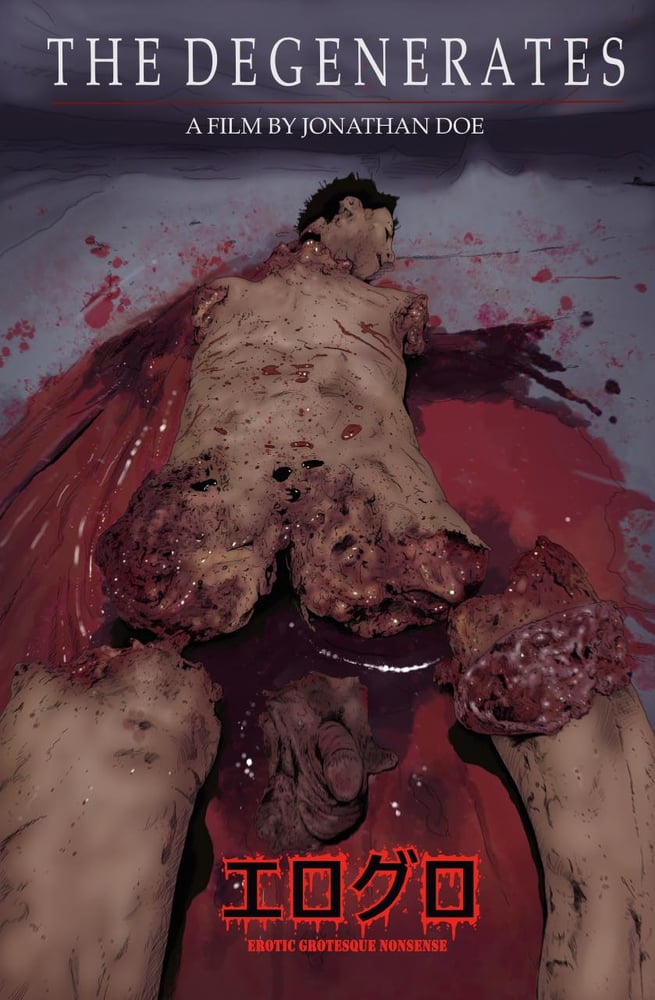 This product is for mature audiences only. No one under the age of 18 permitted to purchase or view.

Starring Felicia Fisher (Barf Bunny), special-fx by James Bell (Tantrum), Jessie Seitz (Beyond Horror), and Marcus Koch (AGP: Bloodshock), and directed by Jonathan Doe (Barf Bunny), The Degenerates is a misanthropic and nihilistic portrayal of courtship, deviance, and fantasy. An abhorrent and vile audio-visual work that pulls no punches.