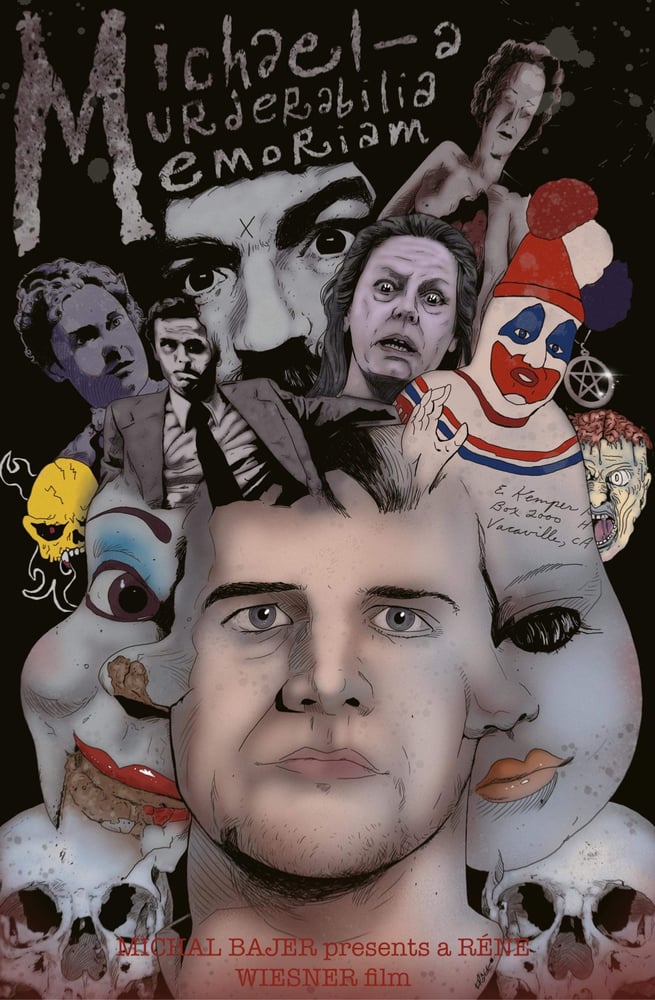 Respected shockumentary filmmaker René Wiesner, director of Mondo Siam and the Pulp Films collection, is back! This time with a documentary feature exploring the collection of a death enthusiast and murderabilia collector opening his collection to the public for the first time! Michael is a collector of true crime memorabilia and murder art, with a unique archive unlike anything you have seen before. From paintings crafted by the hands of John Wayne Gacy and Richard Ramirez, to property that once belonged to Aileen Wuornos, to personal letters from Charles Manson, as well as Michael’s own personal collection of human skulls and death row inmate letters. This unique documentary offers the viewer detailed insight into the world of death row pen pals and murderabilia collecting! Vile Video Productions is proud announce the world release of Michael: A Murderabilia Memoriam!