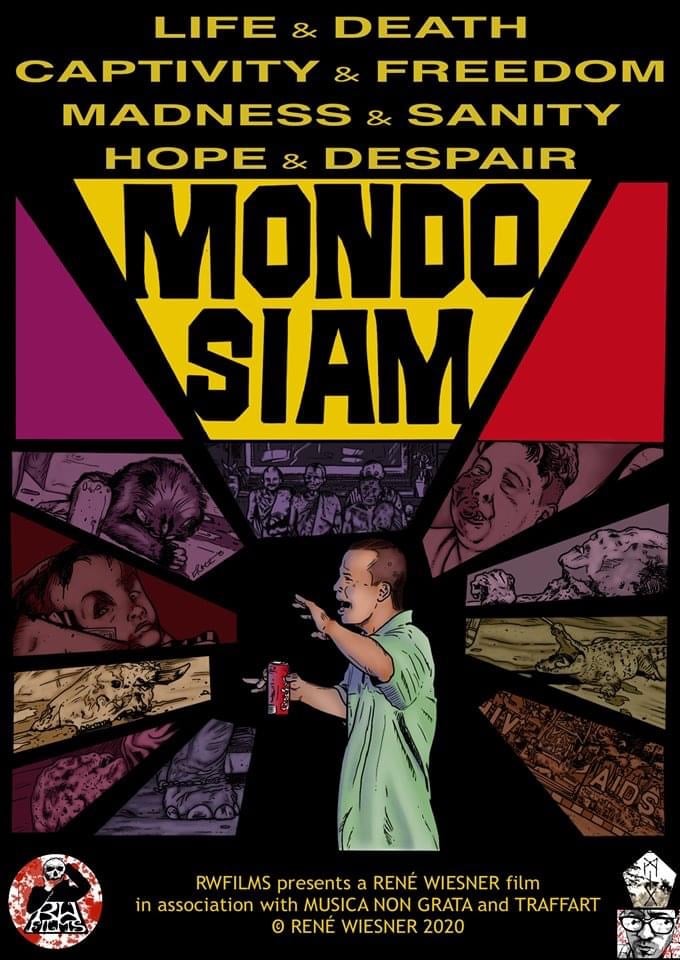 René Wiesner, the mastermind behind Pulp Films, is back at it again! This time with this two-disk set of his brand new feature length mondo endeavor, which is like nothing you have seen before!

Episodic and fragmental stories based on historical Siam about life and death, captivity and freedom, hope and despair, and madness and sanity. A travelogue, oriented and based on the vein of traditional mondo films while being stylistically derived of non-verbal film. The sky becomes a circus top in this curiosity show of life and death in the everyday occurrences of Southeast Asia.